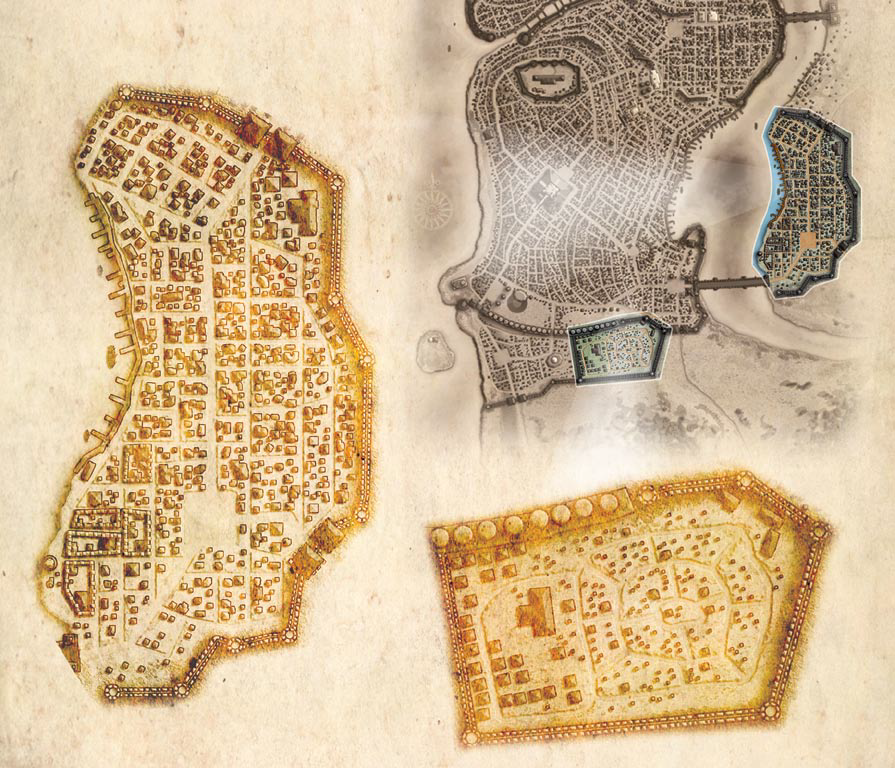 The southeast corner of the city is the Gray District

The Gray District is essentially a large graveyard separated into multiple wards, burial costs depending on the ward. The follower’s of Pharasma oversee the entire graveyard, they are responsible for ensuring that any undead that rise are vanquished, maintaining the graves and burying the dead that are brought.

There are many underground burial chambers, most date back to the times of when the Shoanti inhabited the region though they have been expanded to make room for new chambers. The High Bishop of Pharasma lives in the Grand Cathedral in the region which is built almost like a fortress and has come under siege by legions of undead half a dozen times and has never fallen.

There are multiple cavern systems under the graveyard that are used by bandits and worse, though most of them are sections of old burial chambers that have been cut off from the main tunnel system.

The party entered into a hidden underground tunnel system to recover the corpse of a Shoanti boy whose corpse was taken by the Necroterrorist Rolth.