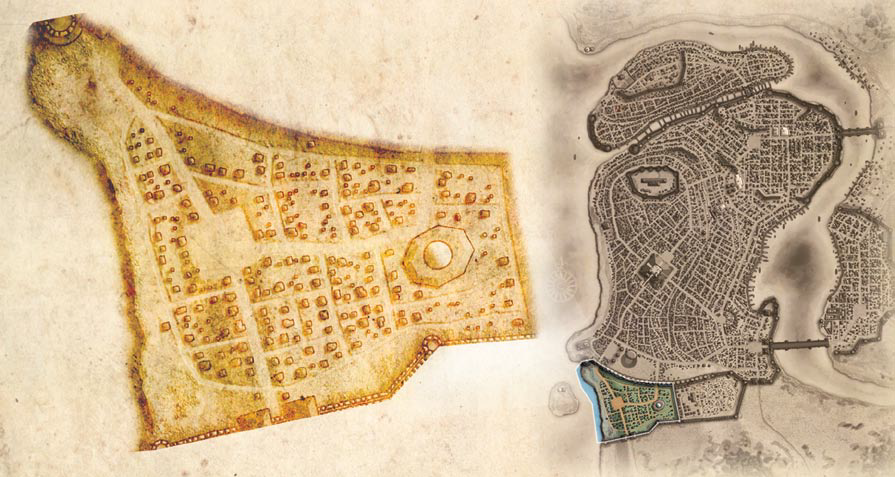 The newest district in the city, officially added to the city in 4684 when Queen Domina set the first foundation stone for the Pantheon of the Many. South Shore’s population mainly consist of the city’s nouveau riche hoping to escape the cramped conditions elsewhere in the city.

This small, fully enclosed market specializes in food, clothing and commodities the residents of the city need to survive, but also provides jewelry and other luxuries for the nobles of the city. It is forbidden to sell weapons, armor or magic in this market. It has recently been purchased by a Zeeva Foxglove, a member of the Magnimarian aristocratic family.

Korvosa’s largest inn provides a place to stay for those who have traveled long and far. Visiting actors of varying fame frequent the Bard’s End along with musicians, performers, and actual bards. A relatively small stage dominates the inn’s common room, with no shortage of talent a night never goes by without some kind of performance being held.

Pantheon of the Many

Completed in 4706 and built in anticipation of Korvosa’s tercentennial, the Pantheon is a massive octagonal white-marbled with multiple holds, with shrines to 17 different deities. Of the main deities, only Gorum, Lamashtu and Rovagug do not have shrines within the Pantheon. Cayden Cailean and Desna are among the newest ones to be added after their followers gathered such a large crowd of protest that the clerics of the Pantheon could not leave the building. Each deities rites must conform with Korvosan law and no sacrifices are permitted within the building.

After the events at Carowyn Manor, the district has had its security increased with more regular patrols.