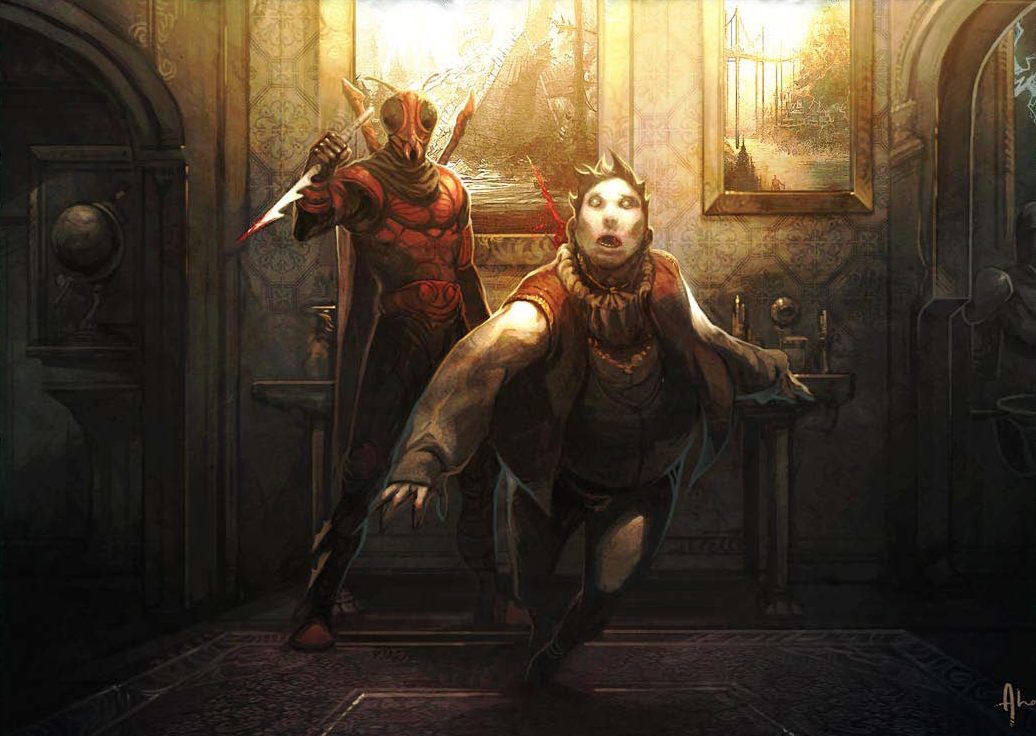 The Red Mantis are a guild of assassins that operate for hire throughout Golarion, highly efficient and utterly ruthless. Their Crimson Citadel, home of operations is hidden on a remote island off the coast of Garund in the south of the Inner Sea, though their operational cells can be found in almost every major nation ready to be hired for jobs. Members of the guild worship and follow in the steps of the Mantis God, even though it isn’t a true deity.

Unlike most Assassin guilds they have an explicit rule against Regicide, though this does not extend to their families and everyone else is fair game for the right price, which can be gold though they are quite happy to sell their services for the promise of future favors.

Red Mantis agents in Old Korvosa were searching for Vencarlo Orisini and Neolandus, burned down Orisini academy and we’re camping out in Vencarlo’s home waiting for him to return to it.