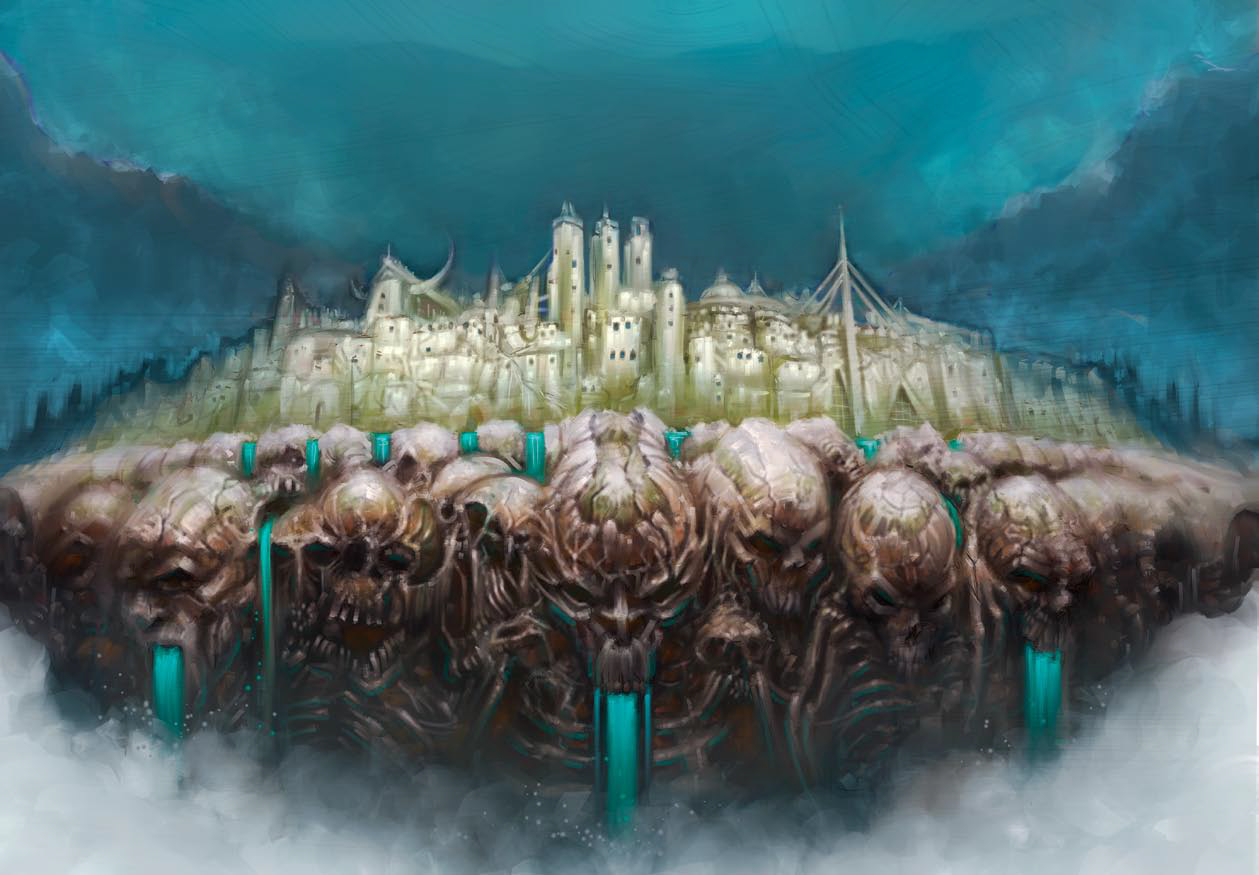 The structure of Kaer Maga is among the oldest in the world, not even the long-lived Elves of Kyonin, with all their ancient knowledge, can remember a time before the great structure’s existence. When the exiled Azlanti spellcaster XIn first established the vast Thassilonian empire, one of his faithful governors, the first Runelord of Greed claimed discovery of the strange hexagonal monument as he made an initial survey of his great kingdom of Shalast.

The original creatures of the city were a race of prophetic, extra-planar creatures that consumed thought that the Runelord called “caulborn”. The Runelord tossed dissidents, criminals, failed experiments, and would-be usurpers as gifts to this race, and they would use their prophetic ability to allow the masters of Shalast to stay one step ahead of his enemies. The caulborn predicted the falling of the starstone and the end of the Age of Thassilon, but fled rather than inform the current Runelord, Karzoug but before he could act on their betrayal he only had time to make his own hasty arrangements.

Kaer Maga survived the Age of Darkness and as one of the few remaining cities in the world after the events of the Earthfall many congregated to it and this paved the way for the current city it is today. The modern city is a trading hub, a place where necromancers, escape slaves, exiled nobles, cultists, and others all rub shoulders openly in a city, free of censure by any overarching authority.