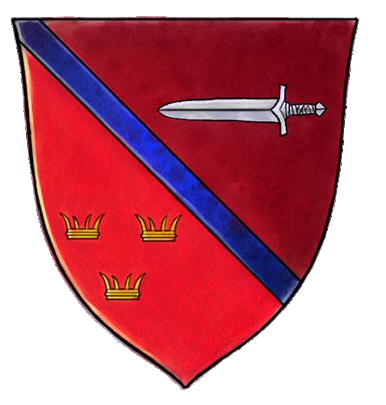 Lord Lacertus Zenderholm brought his family to Korvosa at the tail-end of the great influx of Chelish immigrants. He took advantage of the generous offers put forth by House Viamio, despite his long-standing hatred of Lord Amycus Viamio. When the Cousins’ War broke out, Amycus fully expected Lord Zenderholm to declare for him, however instead he declared his loyalty to Cheliax and sided with House Endrin. He personally headed his own private army in support of the Korvosan Guard which led to his death in the last weeks of the conflict.

His daughter, Lady Mulsanne Zenderholm, then took control of the house and leveraged her father’s loyalty and bravery into political power within the town. They were granted the holdings of House Fordyce, who were slaughtered by separatist’s when they tried to re-declare their allegiance for the loyalists.