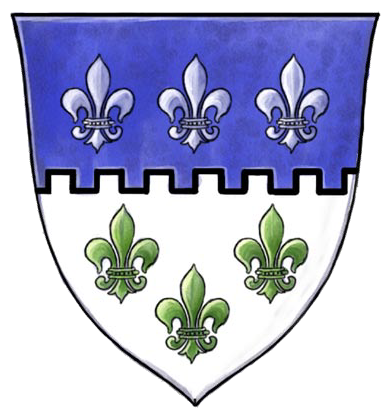 Lord Volshyenek Ornelos was one of the closest advisors to Emperor Halleck IV, when the Emperor passed away he moved his family to Korvosa. It took very little time for the family to establish themselves as a major power, producing more Lord Magistrates then any other noble family. House Ornelos participated in the Third Battle of Mainshore and participated in the Siege of the Great Mastaba.

In 4473, House Ornelos founded The Academae on the mainland, using the Treaty of Crystalrock that was signed the year earlier to commission Dwarves from Janderhoff to build walls of black marble to protect it. The brutal slaughter of Remsev Ornelos, then Lord Magistrate in 4491, considerably weakened the family’s influence, although it did gain sympathy among other nobles. Amycus Viamio particular tried very hard to gain the friendship of House Ornelos, and when the Cousins’ War broke out expected them to declare for the separatist’s.

In truth, Lord Volshyenek had been aware that House Viamio orchestrated his son’s death and personally led a brutal campaign against House Viamio, slaughtering with merciless abandon those who served that family. With the conclusion of the war and the expulsion of traitorous separatists, the power of House Ornelos swift surpassed even the level it enjoyed prior to Remsev’s murder.

Although it cannot be denied that The Academae has taken an infernal shift since House Thrune rose to power in Cheliax, House Ornelos has resisted converting to devil worship. It’s influence today comes not just from its control over The Academae but from the many members who advise the monarch, other noble families, and important institutions throughout the city.