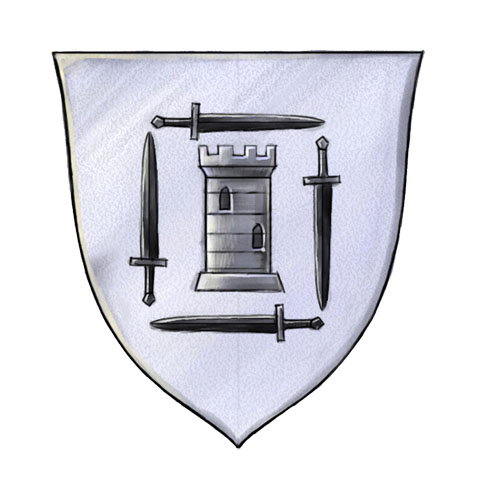 House Jeggare was a very wealthy noble family, Montlarion Jeggare agreed to finance Admiral Kiameleu and assist him with establishing a new settlement, but after the events of the Siege of Endrin Isle, they withdrew all financial support from the Admiral and assisted with the creation of Fort Korvosa.

The current House Jeggare controls the second-largest share of dock space in Korvosa, which allows the family to bring in ridiculous amounts of hold in its brisk trade. The Church of Abadar estimates that nearly a quarter of the city’s privately held assets are controlled by the jeggare family, making it the most wealthy house in the city.

In the last two centuries House Jeggare has been at conflict with nearly every other family, however most of them also rely on them for loans and thus the family survives. They are also one of the primary financial backers of the Korvosan Guard and Sable Company.

House Jeggare was one of the first noble families to join the loyalists in The Cousins’ War.