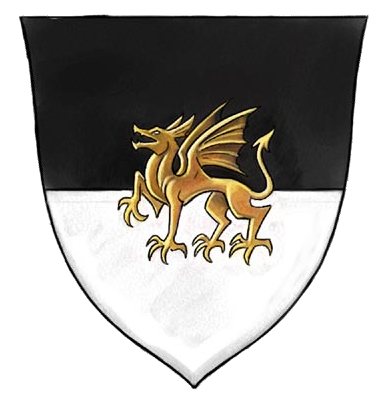 House Arkona is among the oldest families, predating the founding of the empire, however by 4458 it had sunk into poverty and faced the very real threat of extinction. In desperation, Lord Garath Arkona took out a loan from House Jeggare and purchased a lightly armed caravel he named Reprieve. Garath hired the smallest crew he could and, in the late spring, the Reprive set sail for the distant and exotic land of Vudra.

After a difficult journey, the Reprieve eventually docked in the Vudran port city of Sihadriman in 4460. Lord Arkona, with his sociable brother and advisor Jenkson, trying desperately to fill the ship’s hold with spices, silks, and other Vudran luxuries. After finding a seller and setting sail, the Reprieve arrived in Korvosa in half the time it took to get to Vudra. Historians suspect Garath and jenkson encountered some kind of monumental event on their voyage, for they seemed more charismatic and confident upon their return. The shipment nearly sunk the the Reprieve on the return journey, but it more than return House Arkona to a place of prominence in the nobility.

Lord Garath and Jenkson Arkona indulged in nearly every vice available, from drugs to pleasures of the flesh, but rather than bankrupt the family again, they used their influence to acquire control over the trades in which they showed the most enjoyment. Over the course of the next 20 years, they took control of almost every tavern, brothel and gambling establishment on Endrin Isle.

In 4483, both Garath and Jenkson disappeared without warning, only to be replaced by a previously unknown son and daughter, respectively. According to the new Lord Arkona, he and his sister traveled among the vast merchant network the family now ran and when they had experienced enough of the world were given the family to run, with the two brothers choosing to retire in a distant land away. Once again under the new Lord, House Arkona gained great influence and became more wealthy.

During the Cousins’ War, House Arkona remained predominantly neutral, eventually declaring for House Endrin when the winner was apparent. As the only noble family to remain on Endrin Isle they didn’t see it as their responsibility to join in the conflict.

Nothing occurs in the back alleys or stinking vaults of Old Korvosa without House Arkona knowing about it. It is a poorly kept secret that the family controls or has influence over every major (and most minor) criminal enterprise in the city, from watered-down mead to murder.

The current lord of the house, Glorio Arkona attempts at every opportunity to lift up the poor, even leveling several buildings they own in order to make room for massive low-rent tenement apartments. These actions have made the Lord the most popular nobleman among the city’s many poor but it is common knowledge that other family members worry about his leadership.