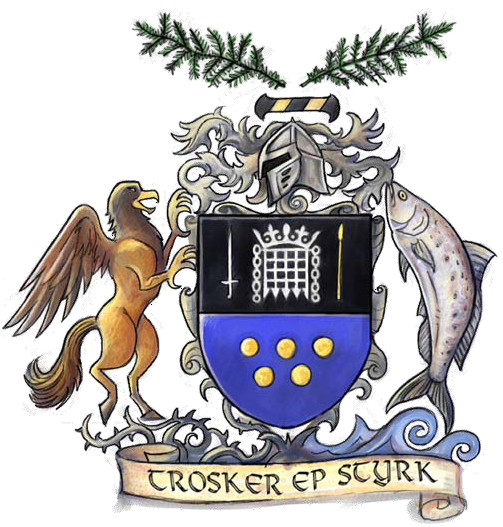 House Arabasti was sworn to House Thrune in Cheliax, Arbust Arabasti first came to Korvosa during the Cheliax Civil War in an attempt to gain additional coin and favor in support of it. The Civil War in Cheliax managed to cause chaos in Korvosa and Arbust ended up remaining in Korvosa and insinuated himself into its politics.

Arbust’s beloved son, Eodred I was declared the first King of Korvosa due to his popularity among both the nobility and common folk, though this first draft of the charter declared that the monarch is subservient to the ruler of Cheliax and that Korvosa merely tended to the lands of Varisia on their behalf.

When Eodred I passed away, his nephew Cardraith Arabasti adopted the throne in 4657, though his relatively short reign, marked by proclamations that punished everyone from accomplished soldiers to beautiful women, ended mysteriously in 4661.

The Arabasti dynasty would be over until Domina Arabasti, a distant relative of the family’s Chelaxian line sailed into Conqueror’s bay at the head of a small fleet of black-sailed Chelaxian frigates. The current monarch was a member of House Porphyria who was forced to step down to make way for the rightful Queen.

Despite being a known devil worshipper, Queen Domina was extremely efficient and many of Korvosa’s citizens consider her rule the city’s Golden Age, as her improved trade relations with Cheliax funded a massive construction spree throughout the city.

Queen Domina passed the city onto her son King Eodred II, however he managed to spoil relations with Cheliax and also excessive spending from the city’s coffers for his personal indulgences drives the city towards bankruptcy. He also had the city’s charter reworked to exclude the monarch’s obligation to the Cheliax monarchy. Eodred II married the young Ileosa Arvanxi, even abandoning him harem for this beautiful woman.

King Eodred Arabasti II died leaving the throne to his wife, Queen Ileosa Arabasti. His death was blamed on Trinia Sabor who is accused of poisoning the monarch.