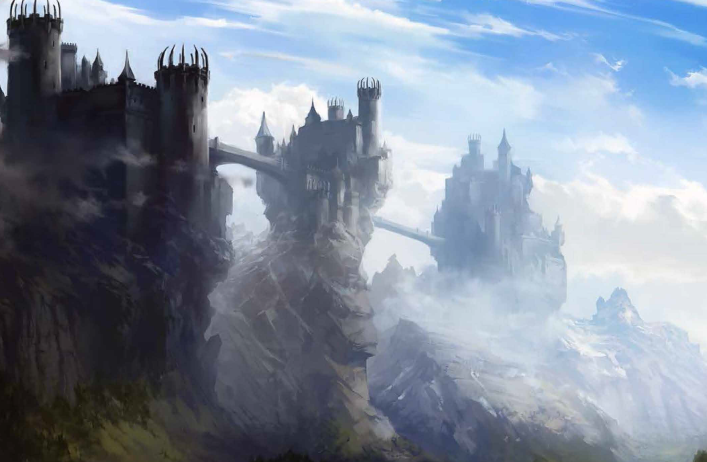 Perched in the rocky crags of the Mindspin Mountains, Citadel Braid grimaces down upon Conqueror’s Bay to the north and the city of Korvosa farther east. Citadel Vraid was founded as a gift to the Order of the Nail, and its Hellknight inheritors have never bowed to Varisia’s rulers or its laws.

During her reign over the city of Korvosa, Queen Domina Arabasti sought to secure her position by petitioning for support of several of Cheliax’s most powerful Hellknight Orders. She offered to commission a massive and impregnable fortress as a reward for any order that would relocate. Korvosa’s proximity to the native Shoanti lands offered the perfect place to enforce the order’s prime directive: the destruction of the indigenous “primitives” who plagued the area. The high commander at the time, Lictor Voltarios accepted the offer in 4682 but insisted on complete control over the design for the castle’s construction though it would remain under the ownership of the Korvosan crown.

During its construction there was an insurgency that delayed the construction which destroyed many of the original designs of the castle, and after several extra years of construction plagued by frequent and deadly accidents, it was finally completed. The day after the Citadel’s inauguration the corpse of Lictor Voltarios was found skewered upon the spire of Lictor’s Keep. After his death, the Order voted for Severs DiViri as their leader.

Citadel Vraid is divided into three castles, Bastion Dominus, Bastion Tyrannous, and Bastion Ferox all named after the three ideals of Lord Asmodeus: Slavery, Tyranny, and Pride. 300 Armigers and Hellknight live in its barracks under the command of some 40 veteran Hellknights, Signifiers, and Officers.