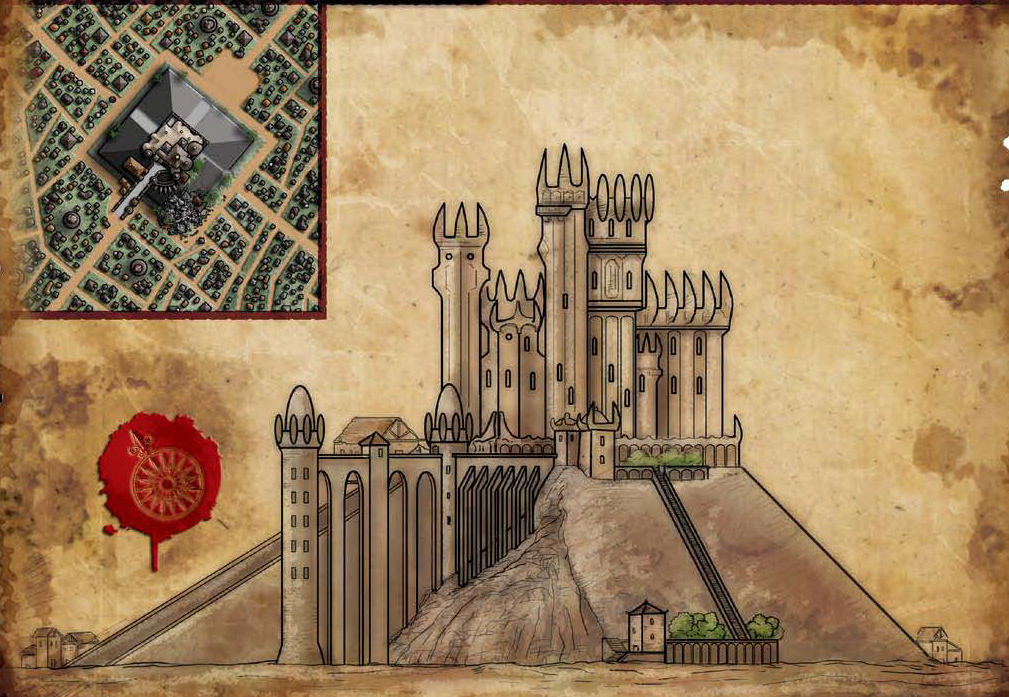 Castle Korvosa is comprised of two separate structures, the base also known as The Grand Mastaba is ancient and dates back to the age of Thassilon. The citadel was constructed after the city was conquered from the Shoanti inhabitants and is the home of the monarchy and the castle seneschal.

The Grand Mastaba comprises of a large pyramid with a human-sized staircase on the Northeastern side. It served as a holy site for the Shoanti who lived in wooden homes around the base of the pyramid until they were repulsed by Chelaxian colonists, who built a large wall when they discovered the pyramid had a flat-top and used it as a defensive position while they established their dominance of the region. The structures origins date back to the Thassilonian Empire.

Eventually the Keep was constructed and became the home for the cities rulers. The Crimson Throne, the seat of power is located on the third floor and is the only seat on the floor, others are expected to stand or kneel.

The party visited Castle Korvosa in order to get an audience with Queen Ileosa Arabasti to return her brooch. The execution of the fake Trinia Sabor was held at the base of the structure though it didn’t go quite as planned.