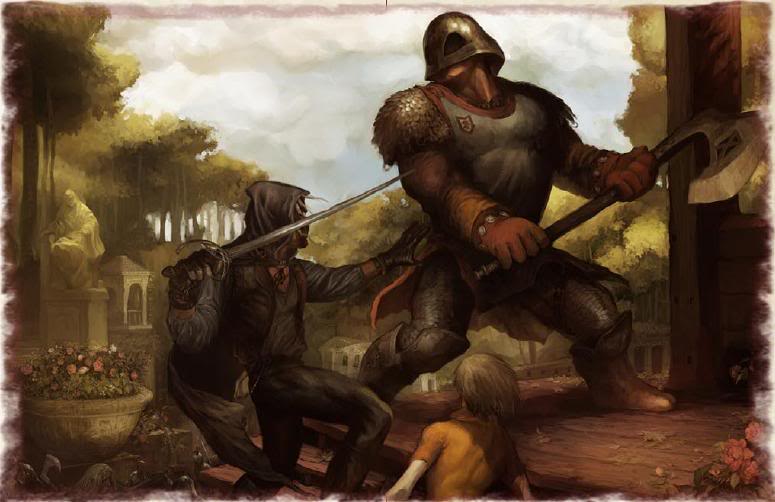 As much a legend and rumor as a known man, the black-clad Blackjack has remained a fixture of Korvosan lore for more than two centuries. The figure known as Blackjack serves the poor and downtrodden of the city, fighting against the injustices of cold-hearted nobles and dark-souled merchants. Although he has not appeared in more than a decade, people have no doubt he still lives somewhere in the city, waiting for the next great travesty of justice for a chance to come forward and render aid.

His first appearance was during the Cousins’ War where he would fight against acts of brutality that targeted the common folk, battling House Viamio and their supporters. After the end of the war, the rumors of Blackjack’s identity were widespread and a popular topic of discussion, though Lord Endrin was most suspected.

Because he has existed for more than 200 years, nobody in the city believes him to be a single person. The most popular rumor surrounding Blackjack places him as a series of human men, with one training the next down through history. Another popular rumor claims he is an elf, or some other member of a long-lived or immortal race who exists in secret among the short-lived humans of the city.

Blackjack made his first appearance in over a decade at the execution of the fake Trinia Sabor where he incapacitated the executioner and several guards before uttering a threat at the Queen and escaping with the girl.