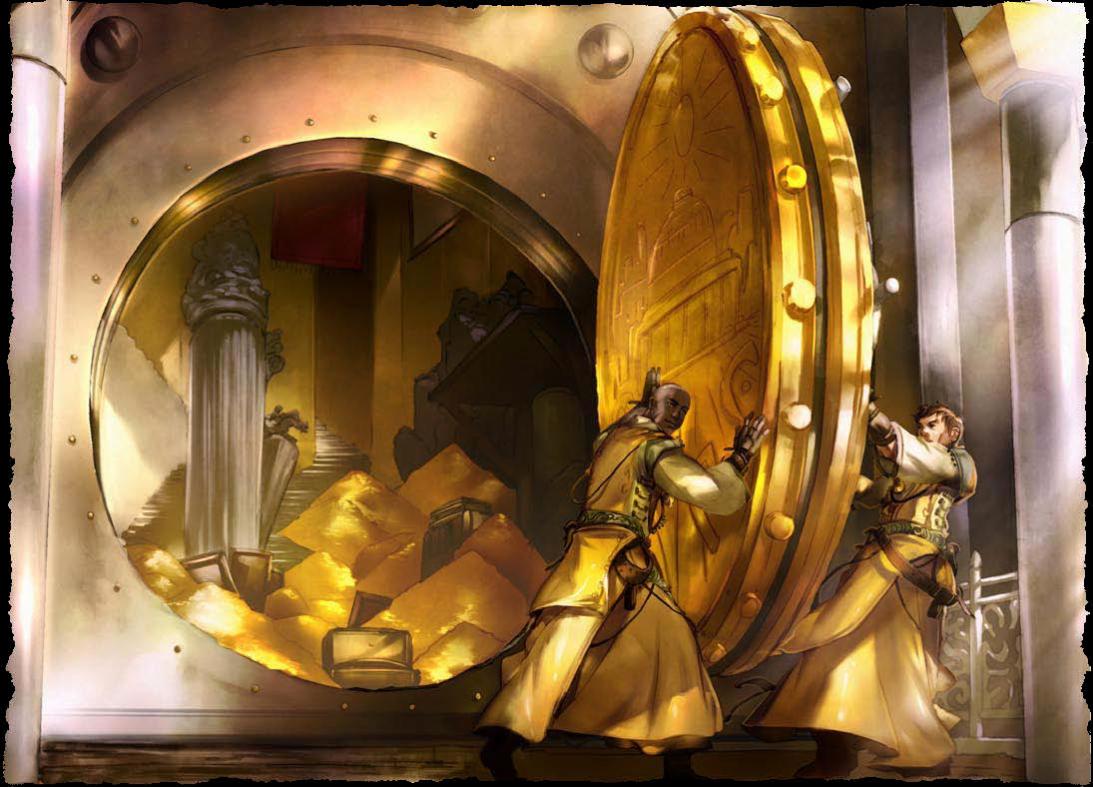 The Bank of Abadar serves as both the temple of faith for the Church of Abadar and also as Korvosa’s main bank. The temple serves every banking need, such as security boxes (said to be the safest in Varisia), saving and investment accounts, loans, and even writs of credit.

Beneath the temple, in well-guarded lead-lined chambers, the rumored Golden Vaults of Abadar house the Korvosan Mint. The mint creates all the coins issued by the city, of course, but it also helps to regulate the city’s economy by buying back or releasing gold in an effort to counter inflation or recession.

Juzam and Keith visited the Bank of Abadar to pay for some healing for Darien who had quarantined himself.

At the request of Ishani Dhatri the party went before the council of Abadar and pleaded for their assistance with the outbreak of the Blood Veil. Archbanker Tuttle pledge the full cooperation of the Church of Abadar to assisting with combating the plague.