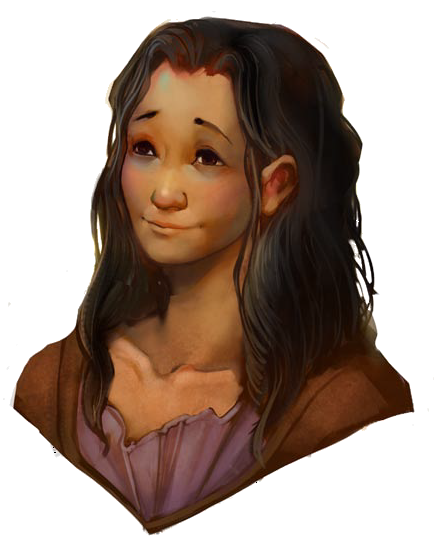 Alika Epakena (4408 – 4429) was the first child conceived and born in Fort Korvosa, the first person of Varisian blood to receive citizenship in the Empire of Cheliax (awarded posthumously). Blessed with the gift of Pharasma, and also trained in Harrow reading from her Varisian mother. The young lady began to have visions of her own death and a great fire consuming the city, she went to Waydon Endrin and warned him of what was to come. Due to being forewarned, when the events of the Great Fire occurred there was an entire regiment of the Imperial Army to reinforce, most speculate that without them the entire settlement would have been razed.

Despite seeing her own death, she led the efforts of combating the flames and perished in her efforts to assist. For her tireless and self-sacrificing efforts, the clerics of Aroden called upon their god to request she be sainted. Known from then on as Saint Alika the Martyr, the river between Endrin Isle and the mainland was named the Narrows of Saint Alika and the pink pearls harvested from the river are called Alikan Pearls and are especially popular in Chelish markets. To this day, many girls born in and around Korvosa receive the name of Alika.