Trinia lived in one of the poorest areas of Korvosa known as the Shingles for the rooftops of various heights that almost all overlap. At a young age she became a master of navigating and running across them like a lot of the children, it was certainly safer to jump from roof to roof sometimes then to actually be out on the streets. As she grew older she used most of the money she inherited from her grandmother’s passing to enroll in a small bardic academy where she channelled her energy into her painting, something that over time she developed quite a talent at doing.

Somehow she caught the attention of King Eodred with some of her paintings and he requested that she paint a portrait of himself, which led to her spending many hours at Castle Korvosa and earning a large sum of cash, one that was certainly more than she knew what to do with. She gave a lot of the money to her neighbours and kept just enough to continue through school, though the academy would be closed down when the anarchy began.

Trinia was accused of being a conspirator in the King’s muder and charged with regicide, several guards testified to Trinia behaving oddly and one guard confessed to being part of her plot, shortly before falling or jumping to his death from the eastern tower. The party was tasked by Cressida and Vencarlo to get the girl themselves as she was skeptical as to whether this girl could be involved in such a plot at all. After retrieving her safely and being interrogated, Vencarlo brought to girl to one of his safehouses until all of this craze blew over, though a woman disguised as her would take her place at the execution block.

Vencarlo escorted the young lady out of the city due to the difficulty that keeping her secret had become and personally escorted her to the village of Harse where she is to stay with friends of his. 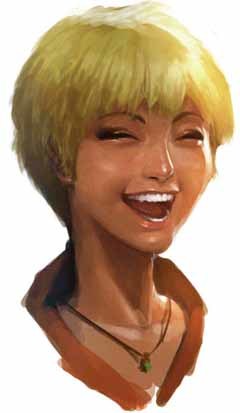