Majenko is an oddity amongst his kind, strangely social especially with humans and other races, which eventually ended up with him being an outcast among the pseudodragons. He left them to seek excitement and adventure elsewhere but it didn’t take long for him to get caught by some thugs and put in a cage. He was eventually sold to Devargo, who would have him fight with spiders for entertainement.

When Juzam came to speak with Devargo, Majenko pleaded with him to secure his release, and with a game of knivesies he managed to do just that. Despite this, Majenko and Juzam quickly began to butt heads and instead he took a liking to Keith and began to spend his time living in the wizard’s backpack. 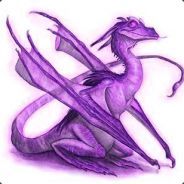