King Eodred Arabasti II, the son of Queen Domina formerly known as Arkapallus Arabasti before taking the crown. His reign was mostly unexceptional, he managed to broker popular trade deals with Cheliax after the stagnation of relations that occurred after the civil war which pleased the old noble houses. His minor successes were drowned out by rumors of his harems filled with younger women and the excessive spending of gold from the city’s coffers.

These harems ended with his spontaneous marriage to the beautiful young Ileosa in 4704 AR when she came over from Cheliax. Rumors have emerged recently that the king has fallen ill and the best healers in the city have failed to heal him, since then there has been increasing unrest among the working class all of whom have a disdain for his young wife being ruler of the city. 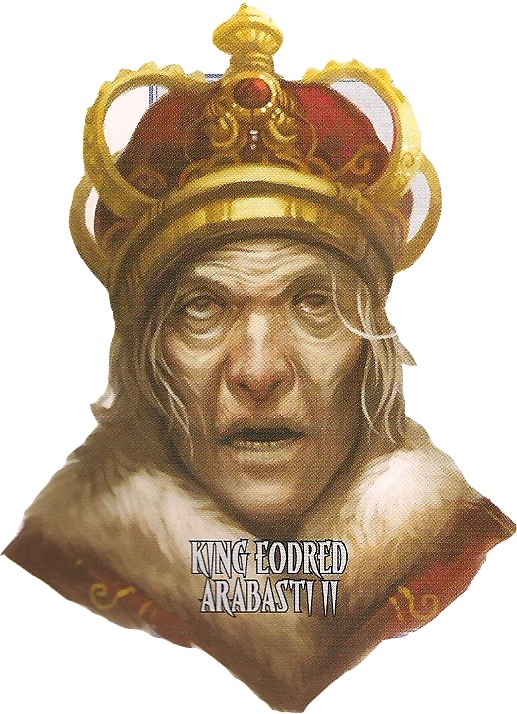