Jolistina was very young when she arrived in Korvosa, she somehow got mixed with several different drugs, one of them a mind-altering drug called Pesh which has caused her serious mental anguish. Eventually she ran into the necromancer Rolth and fell in love with him despite his threats to kill her and raise her as a zombie, she became his assistant with his disturbing experiments. As her substance abuse continued she created a very charismatic persona for herself and assumed a more sadistic roll in Rolth’s plans.

Rolth gave her the assignment to attacking the Carowyn party at the South Shore estate. She took her time to enjoy the death and destruction she wrought, unleashing the Blood Veil upon the unsuspecting folks and intends to return to her master’s side as soon as she has had her fun, though when the party arrived she attempted to flee but couldn’t help but make an attempt to go out with a blast, taking a shot at Baen on her way out. This ultimately led for her to be chased down and killed. 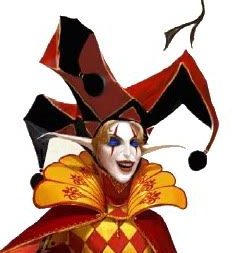