Watch Sergeant in the Korvosan Guard

Born in Sandpoint, Grau fled an alcoholic and abusive father and wound up in Korvosa with his brother, where after a failed pickpocketing attempt, he was taken in by Korvosa’s most talented swordfighters, Vencarlo Orisini. He received an apprenticeship with a good-natured smith and when he wasn’t working he received private lessons from Vencarlo himself. An eventual falling out with Vencarlo led him to join the Korvosan Guard Korvosan Guard.

The party encountered a drunk Grau wandering the streets of Korvosa during the anarchy, they brought him back to the Korvosan Guard’s headquarters to be sobered up. He was encountered once again when they were heading to meet with Cressida Kroft at Citadel Volshyenek, sober this time having dropped the habit.

Grau approached the party with a request to assist his niece with her sickness, she unfortunately passed away due to the disease. Grau continued to resume his duties with the Korvosan Guard throughout the outbreak. Unfortunately the girl passed away unable to get healing for the Blood Veil. 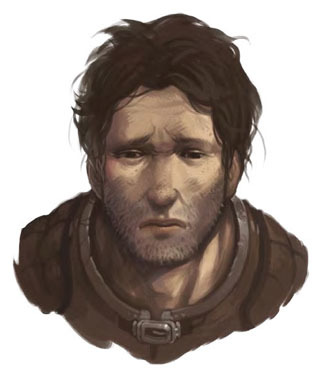