Born to a mother who didn’t want him and threw him away unnamed as a baby. He was found and raised at an orphanage, however as the only child of Orc descent, other children made his life very difficult and they bullied him for being different. It didn’t take long for him to grow much stronger than his bullies and he became increasingly violent until the orphanage kicked him out when he beat another child to within an inch of their life while laughing maniacally.

Giggles was one of the few of Lamm’s lambs that actually enjoyed it, he intimidated the other children with his brutish strength and found pleasure and laughter out of the misery of others. He would regularly pick fights with the other children, something Gaedren enjoyed watching as he found entertainment in watching the show. Gaedren named Giggles himself and kept him around as a taskmaster to work the orphans. The only time Gaedren was displeased with him was an incident with a Devilfish that took one of Giggles eyes put him in a fit of rage where he strangled several of the orphans under his watch, a scar he now wears with pride.

After using a child as a human shield against an arrow fired by Baen, Giggles got overwhelmed by Darian and Frank, though he managed to take Darian out with a strong blow from his flail. He got knocked out by Frank’s next punch. 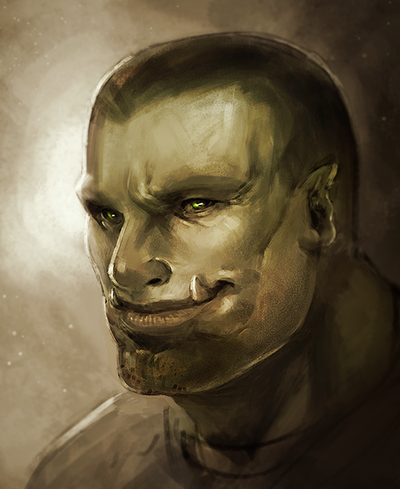