Gaedren is a minor crime lord, though whether they know it or not a lot of bigger lords have had dealings with him. Despite being considered small time his crimes are not negligible, he has ruined the lives of many as he is ruthless in how he operates. The main victims of his is Korvosa’s orphans, whom he has commit crimes for him and calls his ‘Little Lamms’.

Gaedren was attacked by a group of folks that had slighted him, the fight was short and ended with Frank delivering the finishing blow to him. His body was thrown into the river. 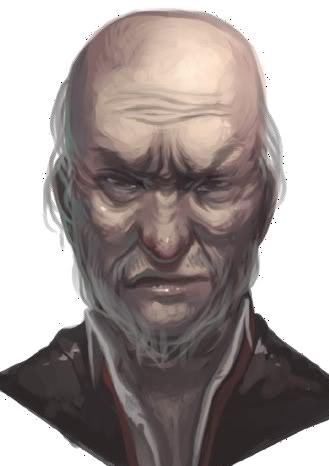