Reiner was born to an Egorian doctor and his young wife, his father was a highly esteemed doctor who specialized in plagues, specifically attempting to find a cure to the scarlet leprosy outbreak in Vudra, should it spread to Cheliax. His father was murdered and Reiner took his father’s research with him to a secret order and used the knowledge of infectious diseases and began to weaponize them, earning himself the moniker “The Good Doctor” in the process.

Despite working closely with the Cult of Urgathoa, he is not a worshiper of the Goddess of plagues.

Doctor Davaulus formed the Queen’s Physicians as a means to spread and improve the Blood Veil, while hoping to delay a proper response to a cure by pretending to be developing one himself. When he was discovered to be the culprit behind the disease, he had his head smashed in with a shield by Darien Nith. 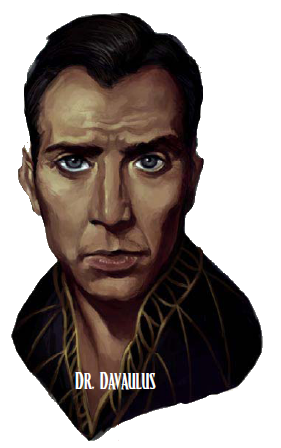