Captain of the Seahawk

Barnabus Dread is probably one of the most well-travelled men in the Inner Sea, and perhaps even beyond. Barnabus has been many things, soldier, smuggler, pirate among them in the course of his life, living a life of danger and always close to a waterway for him to part towards his next adventure.

Barnabus is very sympathetic to adventures, and even though he is a criminal of sorts he always pays for his crimes and keeps his word, at least when caught. Being a rather skilled sailor it seems as though someone always has a use for him, and he’s managed to keep himself out of many jail cells, and possibly worse situations by making himself useful.

Captain Dread pilots the legendary Seahawk, a ship that has many tales attached to it, some that pre-date even Barnabus’s tenure as Captain. Stories of fleeing the Gillman of Azlant, sea battles with Shackles pirates and close encounters with the Taldan navy, the ship certainly has a reputation attached to it.

Barnabus was in the company of Scumlord Jaijarko when the party arrived, after their battle at the Shadow Clock he just happened to be there to give them a ride back to shore, parting for Korvosa soon after.

After being stuck in the city once the blockade was obstructing the seaways, he was arrested when attempting to stash away some smuggled goods, though being an infamous sailor and with the state of the city deteriorating he made a deal with Cressida Kroft to escape what would be a lengthily jail-time. He would smuggle the party into Old Korvosa and then out again, outrunning the Korvosan Navy in the process. 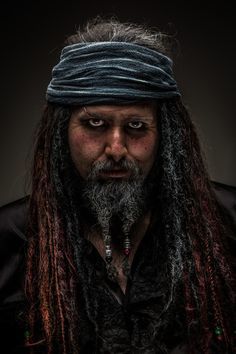